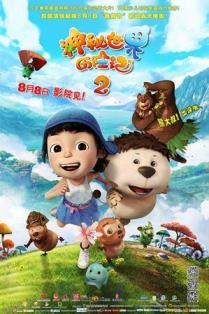 Summary: Yugo continues to tell her father the bedtime story that she was the only human visitor to a fictional kingdom in the clouds where she befriended two animals, Lala and Uncle Bear. The trio fought the evil Tiger General, who had risen up against the ruler of the kingdom. It was the dying wish of the former ruler that Lala should take his place. Missing his friends, Yugo finds his way back to the fictional kingdom, where he meets a frustrated Uncle Bear. He is sad that Lala is leaving him to go to the palace; And Lala is not sure that she is the right animal to rule the kingdom…