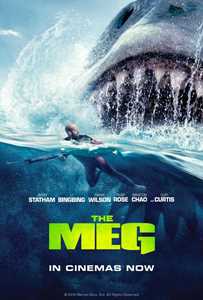 Summary: Five years ago, expert sea diver and Navy captain Jonas Taylor encountered an unknown danger in the unexplored recesses of the Mariana Trench, which forced him to abort his mission and abandon half his crew. Although the tragic incident earned him a humiliating discharge, his career, his marriage, and any semblance of honor eventually cost him his unsupported and unreliable claims—the attack on his ship by a giant, 70-foot sea creature, more than a million. Considered extinct for many years. But when a submersible sinks to the bottom of the ocean and becomes disabled—taking his ex-wife among the team—he’s the one who gets the call. Whether with a shot at redemption or a suicide mission, Jonas must face his fears and risk his life and the lives of all those trapped below on a single question: Will Carcharodon megalodon – the largest marine predator that ever existed. Was – still alive.