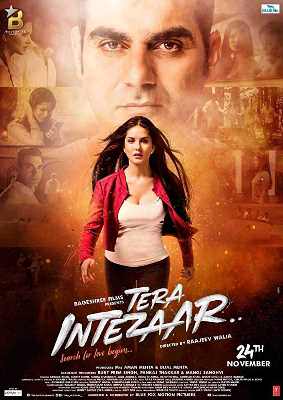 Summary: A man in a blue, a man in a shiny mustard suit, a girl in a flowery dress and a third man in a black suit, enter a lavish house and marvel at some of the pictures. This is the kind of art you look forward to when you walk into a gallery by the side of the road. But these four characters seem to be affected. “Amazing”, “Lazbab”, “What a cool”, “Fantastic”, they say in turn. And then before they can leave the house with the big canvas, they drown in the water and get caught in a painting, in the clear blue waters. As they are stumbling, the man in the mustard suit (Arya Babbar) sees a boat and shouts, “Boat”! I don’t think my brain cells have died quickly, and those who are alive are not willing to forgive me!
For the remaining one hour and 40 minutes there is no flotation device to save the audience from this absurd story. A man named Veer (Arbaaz Khan) paints a woman with imagination. On meeting with Raunak (Sunny Leone) for the first time he shows her an image of his portrait and she smiles. Surprisingly, his first instinct is not to “warn the predator”. But is logic, logic and script needed when your film has Sunny Leone and Arbaaz Khan? However, credit is given to director Rajeev Walia for waiting a full 30 minutes before using Leone’s first sexy shot. Till then we see Leone as Raunak, with pain beside herself as she searches for her missing Veer (Arbaaz Khan).