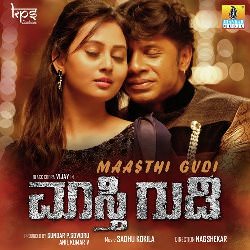 Plot: The film revolves around the character played by Duniya Vijay. He questions the powerful people who killed the tigers. He decides to take the law into his own hands. Enter Rani (Kriti). He comes to know about Bhavya (Amulya) who was killed by his own family for running away with fun. The queen reveals her love for him. But he rejects saying that Bhavya is still in his heart and Rani is heartbroken. He kills villains. The film turns into a presentation where Rani who is now old and has written the story of Masti in a book.