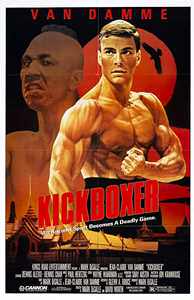 Story: Kurt Sloan is the corner-man for his brother, US kickboxing champion Eric Sloan. When Kurt sees his brother being paralyzed in the ring by Thailand champion Tong Po, Kurt vows revenge. Kurt trains for the fight of his life with the help of Jian, a kickboxing trainer living in a remote region of Thailand.