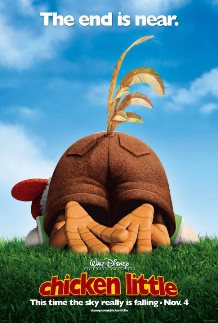 Summary: Ridiculously ridiculed by the animal residents of the peaceful OK Oaks community for their absurd belief that the sky is falling, the well-meaning young chicken, Chicken Little, promises to prove everyone wrong. However, a year later, there is still nothing on the horizon to justify Little’s fears, when, out of the blue, the disgraced boy finally stumbles upon a genuine piece of evidence. Is Chicken Little and his loyal band ready for something really big this time around?