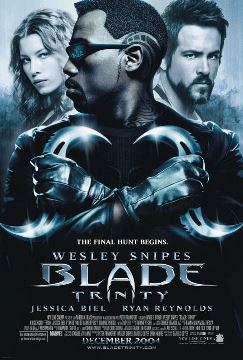 Story: Blade finds himself alone surrounded by enemies, the Vampire Nation and now waging an uphill battle with humans. He joins forces with a group of vampire hunters who call themselves the Nightstalkers. The Vampire Nation awakens Dracula, the king of vampires, from his sleep, with the intention of using his primitive blood to become a day walker. On the other hand Blade and his team are showing a virus that can wipe out the vampire race forever. In the end the two sides will clash and only one will emerge victorious, a battle between the ultimate vampire, who never knew defeat, facing off against the greatest vampire slayer.
Blade is back in his quest to rid the world of the Vampire. When the original vampire, Danica Talos, returns, Blake finds her job too daunting. Especially, when the public believes that Blade is the real villain. He teams up with Whistler, Abigail, and the daughter of a former vampire, Hannibal King, to attempt a plan that could destroy every vampire in existence.