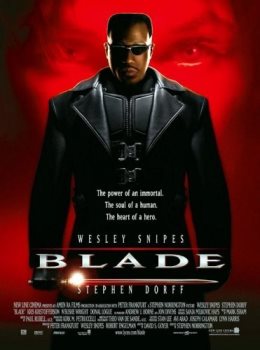 Story: In a world where vampires walk the earth, Blade has one goal. His goal is to rid the world of all the vampires evil. When Blade sees a vampire bite, Dr. Karen Jenson, he fights the Beast and takes Jenson back to his hideout. Here, along with Abraham Whistler, Blade attempts to help Jenson recover. Vampire Quinn, who was attacked by Blade, reports back to his mentor, Deacon Frost, who is planning a major surprise for the human population.
When Blade’s mother was bitten by a vampire during her pregnancy, little did she know that she had given her son a special gift when she died: all good vampires in combination with the best of human skills. Blade grows up to become a vampire hunter to avenge his mother’s death. Vampires, who have managed to infiltrate nearly every major organization, require Blade’s special blood to summon the blood god La Magra, as they call us, to rule human cattle.
Blade fights the vampire along with his lifelong friend Whistler. Blade was born to a mother bitten by a vampire, she has all their strength and none of their weaknesses. They are known as day walkers because sunlight has no effect on them. With the addition of a new ally, Dr. Karen Jensen, Blade attempts to stop the evil Frost from wreaking havoc on the world.