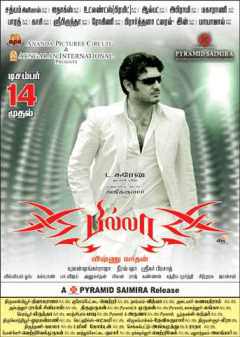 Plot: A cop chases international gangster Billa and is the only one to see him die. He puts Velu, Billa’s lookalike, inside the gang to gain information. But Velu is framed for the murder of the cop.
In Malaysia, an international don, David Billa, is chased by police, an Indian police officer, a woman who seeks to avenge the death of her brother, and Velu, a vile thief, who shares with Billa, an unusual relation.