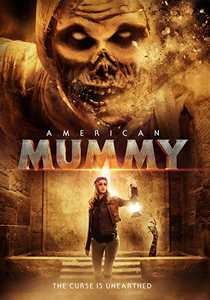 Summary: A group of university students in the New Mexico desert discover an ancient mummy, upon which one of the students performs a secret, primitive blood ritual. It awakens the death-hungry spirit of the Aztec lord Tezclipoca, who intends to end his centuries-old reign of terror. Soon, the mummy’s curse takes over the students’ souls, turning them against each other to spread their evil throughout the world.