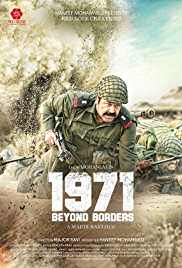 Plot: The story of the 1971 war between India and Pakistan is told from the perspective of a soldier.